1. What is a Non-Disclosure Agreement?


A confidentiality or non-disclosure agreement, hereinafter referred to as an “NDA” (Non-Disclosure Agreement), is a contract binding two entities by committing them to secrecy regarding certain information identified as being strategic or sensitive.  In practice, this is a contract that is very critical in the context of future exchanges, negotiations or contract talks. But, no matter how advanced your exchanges, it’s never too late to formalise such protection regarding the disclosure of information shared by your organisation with a third party.


Information exchanged during informal or pre-contractual discussions can be extremely sensitive and worthy of protection. Many common law mechanisms  sanction indiscreet or anti-competitive behaviors, but it is wise to contractualise the protection of exchanged information. Indeed, while professional secrecy is often covered by regulations or industry standards, the scope of these contracts needs to be tailored to the information exchanged, the territorial scope, its duration, etc. NDAs are specifically dedicated to ensuring the confidentiality of information for the purpose of prevention. Given the cumbersome and slow nature of a court referral, the conclusion of an NDA is strongly recommended to protect information whose disclosure could be harmful to your organisation.


LegalUP Consulting offers to draft you a customised NDA (in English or in French, unilateral or multilateral) that protects your company during informal discussions, negotiations or the signing of future contracts. An NDA is a contract that should be carefully drafted to cover your specific needs, otherwise it can quickly prove inefficient. Typically, imprecise or inadequate wording of such a contract may result in it being unenforceable by a judge, which happens a lot more regularly with the development of pre-filled and complicated templates. What information to protect? Which framework to define? Which people should be affected? What duration must be specified? LegalUP Consulting team, with more than 20 years of corporate experience, will draft your NDA to ensure effective, localised and personalised protection for all your professional relationships.

The process step by step

LegalUP Consulting’s service is delivered in three stages, with three calls (telephone or video-conference) allowing a personalised execution adapted to your needs: 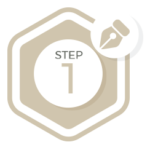 First of all, we invite you to book an appointment for an initial call of 15 minutes. Appointments are made via an online calendar which you can access by clicking on the button at the bottom of the page. During this first call, we will present the service offered by the firm, we’ll specify the first documents to send us for the smooth running of the service, and we’ll set a cost estimation that will be confirmed in writing as soon as possible.


We will also take advantage to respond to any eventual questions you may have about the service. 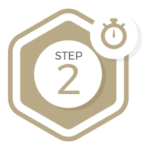 Following the first call, we will send you a quote, a link to make the payment and a letter of commitment that you must return signed by email. Upon receipt of the letter of commitment and confirmation of payment, we will start processing your request. To do this, a second call of 45 minutes will allow us to identify the specific needs of your organisation to deliver a tailor-made service. You may also book an appointment for this second call online, by clicking on the button at the bottom of this page, or via the link we will send you by email following our first call. 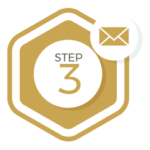 2 working days (flexible period defined by the parties in the case of complex requests) after the second call, we will get back to you via email for the execution of the service. You will also receive a link simultaneously which will enable you book an appointment for a third call of 15 minutes during which we will present you the result of our work in a detailed way and will submit you personalised recommendations.

You must be logged in order to proceed further.
Forgot Password
Still don’t have an account yet ? Thank you to sign up for free in order to take the first appointment as descried above in step 1 or see our subscription offers.

Return to the top of page