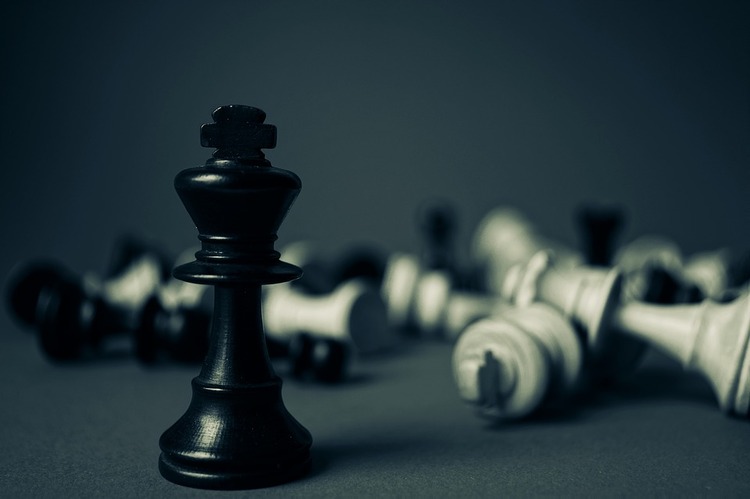 Taxation, because of its disparities from one country to another and the deluge of international treaties has led to the creation of fiscal arrangements which have unleashed passions for several decades. As the search for a solution at OECD level is slow, many states are becoming impatient and trying to restore some balance. France has taken the lead, followed by the United Kingdom many countries on the other side of the Atlantic are following suit. LegalUP regularly summarizes recent regulatory decisions or discussions (read).

Digital companies generate billions of euros in sales each year but they are also champions of tax avoidance which means that several millions in tax revenues eludes the French government. Indeed, tech giants such as Google, Amazon, Facebook, Airbnb, Microsoft, Uber and more have become experts of tax optimization, a technique that consists of maximizing the loopholes in the legislations of each country in order to pay the minimum taxes possible. The digitization of their activities allows these companies to offer services from a foreign-based subsidiary, usually in Ireland, and therefore not bill them in France even if the service is delivered in France. This is known as the “Double Irish” method which allows them to bring back most of their turnover to their established headquarters in Ireland where the corporate tax is much lower than in France (12.5% in Ireland against 33% in France). This is absolutely legal in the eyes of tax law which is not currently adapted to the digital economy because current tax policy is based on “permanent establishments” which allows these web giants to only set up subsidiaries in countries with higher corporate taxes dedicated to marketing and advertising that generate little profit.

The French senate just gave its final approval on a tax on digital services, commonly known as GAFA tax which is a French tax law aimed at digital companies carrying out three types of activity in France; targeted online advertising, sale of personal data for advertising purposes and online intermediary activities. The acronym GAFA stands for the four big tech companies in the digital economy: Google, Apple, Facebook and Amazon. It is the first time that a law like this is adopted in France but there have been several attempts since the first “aborted” proposal by Senator Phillipe Marini in 2012, the tax raids of the premises of the web giants who claimed to not have a permanent establishment in France. The French are not the only ones to take action and the reactions were swift.

Within the European Union, each Member State decides for the most part on its tax policy. Corporate tax can thus be a factor of attractiveness for certain EU countries that offer businesses a particularly advantageous tax system. In general, tax competition has tended to lower corporate tax rates since the 1990s and the tech giants take advantage of these differences to optimise their taxes. Even though the GAFA (Google, Apple, Facebook, Amazon), and more broadly the multinationals of the digital economy (Microsoft, Uber, Alphabet, etc.), are deployed in different sectors, they have a common feature: offering their services on the web allows them to locate their headquarters (and therefore their profits) in a different country from where their users and customers are.

In European countries, however, the current rules on the taxation of profits are based on the principle of  permanent establishment. In other words, the company pays taxes on its profits in the country where it is physically present. Presence is measured by the number of employees or the amount of tangible assets: factories, land, machinery, etc. In the absence of a European tax harmonization, GAFAs can therefore establish their European subsidiaries – and thus their physical presence – in the countries that offer the lowest tax rates, while limiting their physical presence in others.

For example, Google France reported a turnover of 325 million euros in 2017 and paid 14 million euros in taxes in France. However, Google is expected to have raked in about 2 billion euros in advertising revenue made in France according to French organisation Syndicat des Régies Internet (SRI). As a result, digital businesses in the EU are subject to a local tax rate half as high as that applicable to traditional businesses, according to the European Commission. This creates unfavorable conditions of competition and deprives Member States of significant tax revenue. There is thus an urgent need to solve these economic and political disparity by having these companies pay “their fair share of tax” in the countries where operate.

Spearheaded by the French and German ministers of economy, supported by their Italian and Spanish counterparts, the European Commission unveiled on 21 March 2018 a Digital Services Tax Proposal. The idea was to tax up to 3%, in all EU Member States, the turnover (and not the only benefits as in the classical system) generated by certain digital activities: the sale of personal data, the sale of online advertising space targeting users based on the data they have provided, and the services that enable interactions between users and facilitate the sale of goods and services between them. Based on the assumption that users create the value of these services, this tax would have been due in each Member State in proportion to the use of the digital services offered there. This tax was going to hit the very large companies in the digital economy who achieve annual worldwide turnover of more than 750 million euros, including 50 million taxable in the European Union. Only 120 to 150 companies (tech giants, half of which are US, one-third Asian and one-third European) were concerned by the tax which was expected to generate significant revenues: 5 billion euros per year in Europe, including 500 million for France. The Council of Ministers of the 28 Member States did not reach a compromise on the Commission’s proposal mainly because in terms of taxation, each country has a veto power in the Council.

So far, the OECD has only obtained an agreement in principle (unveiled on January 29, 2019) of 127 states to reform the current tax rules, in favor of fairer taxation of the digital economy. In the absence of a European agreement and pending a hypothetical compromise at the level of the OECD, the French Parliament adopted, on July 11, 2019, the bill on the implementation of its own tax on digital services proposed by the government. . Some of its European neighbors such as the United Kingdom, Spain and Italy have started the legislative process to tax the digital giants. A multiplication of national taxes that the Commission wanted to avoid.

The “tax on digital services” is expected to rake in 400 million euros to the state in 2019 and 650 million in 2020, according to the French Minister of Economy, Bruno Le Maire. This tax applies to two types of digital services: digital platforms (or intermediation services) that allow a user located in France to contact other users for the delivery of goods or the provision of services; and the sale of targeted advertising services by a platform that relies on the data collected when users visit it. In addition, the companies concerned by the tax would be those whose annual turnover obtained for these services is greater than 750 million euros worldwide and 25 million euros throughout France. The amount of the tax is calculated by applying a rate of 3% on this turnover made in France.

This news was evidently unwelcomed by the tech industry especially in the US. US President Donald Trump threatened to retaliate with taxation on French wine as a reciprocal action while similarly calling French president Emmanuel Macron “foolish” in reaction to the enactment of the law.

“If anybody taxes them, it should be their home Country, the USA. We will announce a substantial reciprocal action on Macron’s foolishness shortly,” Trump tweeted.

The Office of the United States Trade Representative (USTR)  said in a statement earlier this month that it is launching an investigation into France’s Digital Services Tax under section 301 of the US Trade Act of 1974. USTR believes that the tax levy is an “unreasonable tax policy” and it departs from tax norms for several reasons notably; “extraterritoriality; taxing revenue not income; and a purpose of penalizing particular technology companies for their commercial success,” it said. USTR further reiterated that statements made by French officials suggested the tax will “amount to de facto discrimination against US companies … while exempting smaller companies, particularly those that operate only in France”. The tax is also to apply retroactively from the start of 2019 which USTR says calls into question the fairness of the tax. A similar investigation had been launched on Chinese practices which led to the recent full blown out trade war with Google and Huawei at the center.

Also, the internet services lobbying group ASIC (Association des Services Internet Communautaires) will file a complaint against the tax with the European Commission in the next few days, the group’s head, Giuseppe de Martino said.

About 20% of French wine is sold in the US according to the AP, and the Federation of French Wine and Spirits Exports on Saturday expressed concern about tariffs that could hurt “French players in this market, but also their clients and American consumers.” The federation urged French and American authorities to pursue dialogue on the tax issue, expressing hope “that they can quickly find a path to follow to prevent these threats from materialising.

The French Minister of Agriculture; Didier Guillaume believes that Trump’s threats to tax French wine are “absurd” and that American wine is no way better than French wine. The French Minister of Economy; Bruno Le Maire in a press interview at Bercy stated that: “We have made clear from the very beginning that as soon as there is a compromise adopted at the OECD level, we will withdraw our national taxation but so long as there is no international solution we will implement our national solution.”He further said; “I want to record that we are a sovereign nation and we take our decisions relating to taxation as a sovereign nation, and we will continue to do that.”

With the digitization of products and services, and the appropriation of businesses by tech firms , it becomes increasingly hard to pinpoint and “ring-fence” the location of economic activities which is an essential factor for taxation. It is true that users bring value to companies and the current corporate tax disparities allow companies to “cheat” nations of their potential tax benefits. LegalUP Consulting believes there is a need for more a comprehensive and creative solution than a one-size-fits-all regulation when it comes to the digital industry and taxes, especially because the shift from the physical world to the digital one is continuous and affects all economic systems and whilst it is understandable for countries to retain sovereignty over their tax policies, it is also a measure that can stifle technological progress.

The web giants are at the center of all the attention and these initial measures should slightly replenish the coffers of the mobilized states BUT 3 questions remain unresolved:

In any case, they is a general consensus that the best resolutions are attained via international agreements and that it has become urgent to find a compromise on the subject. 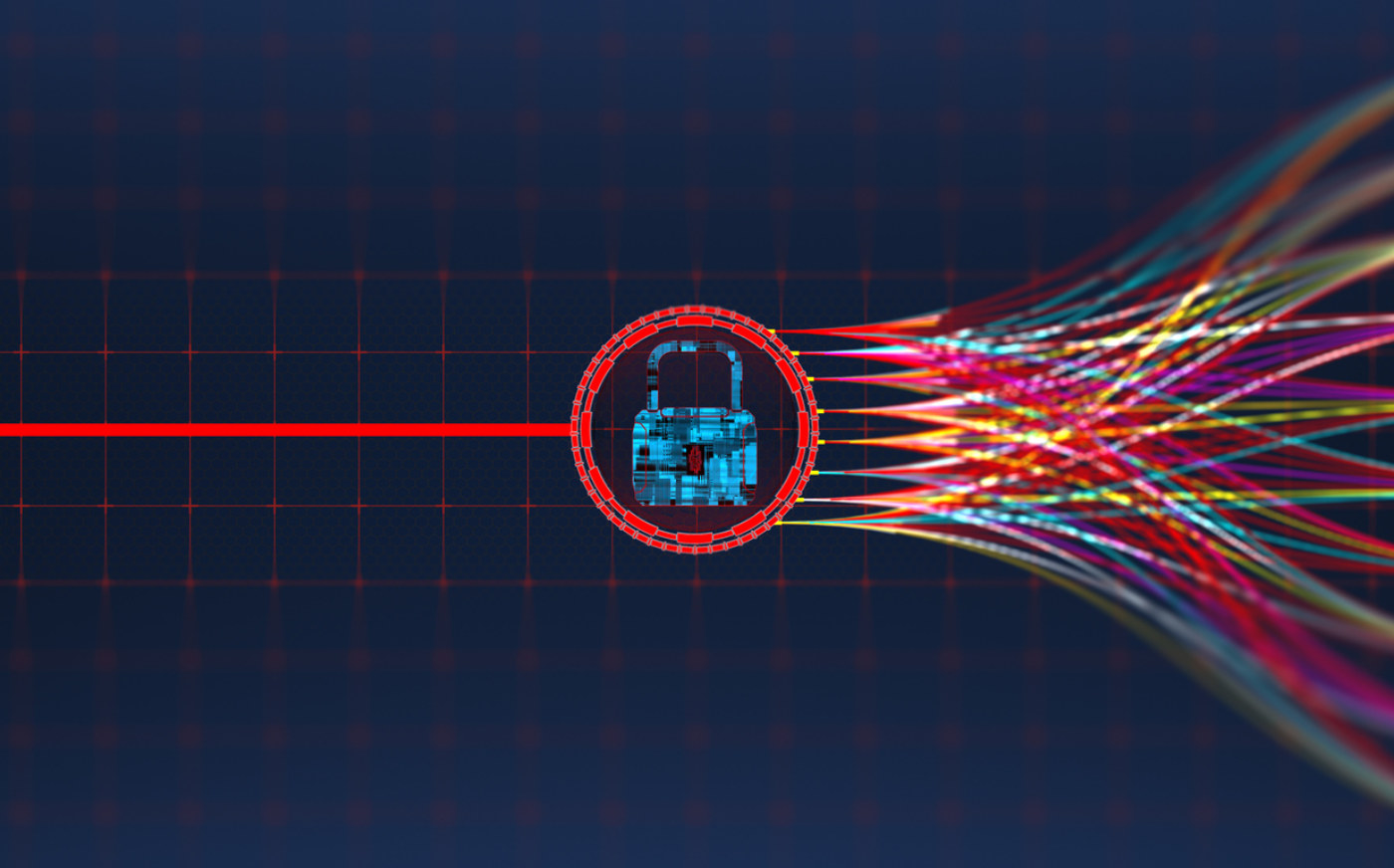 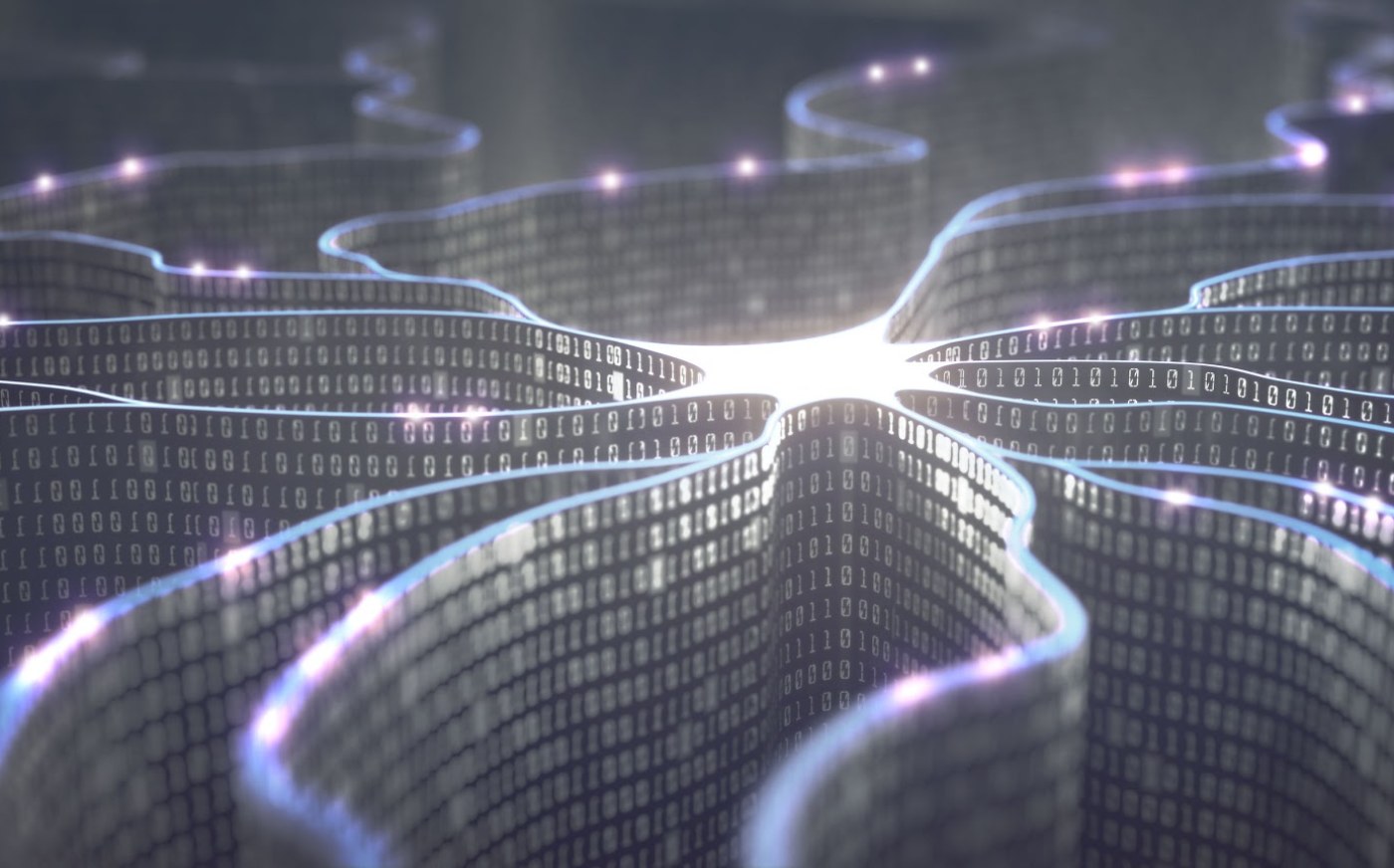 Brief overview of The E.U operating system The European Commission (E.C), with its headquarters in Brussels, is the executive body … 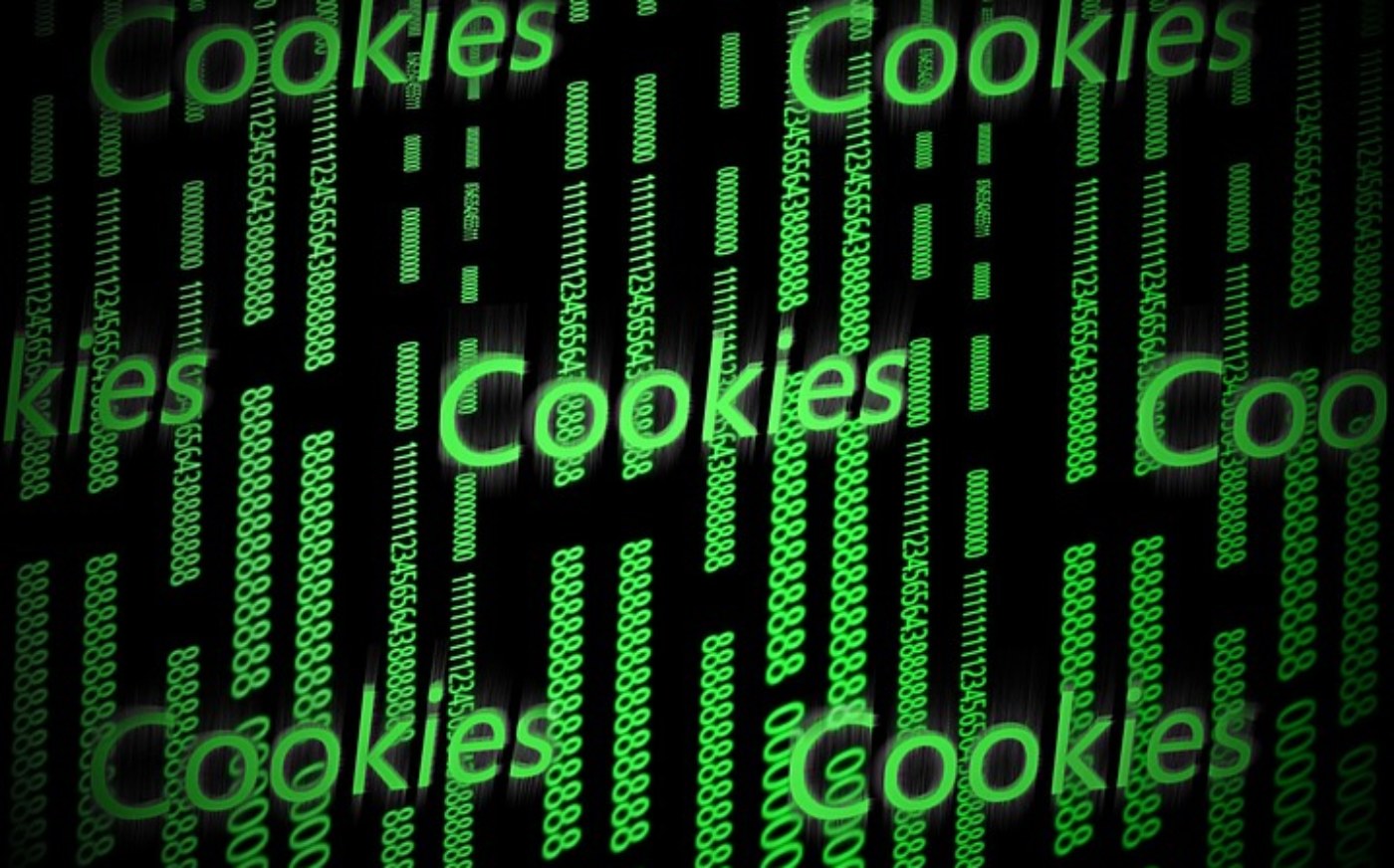